My account
Close
You are here: Home » Blog » The History Of Aromatherapy. (Part 2)

WELCOME TO THE STORE 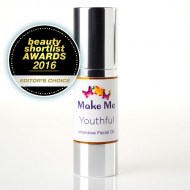 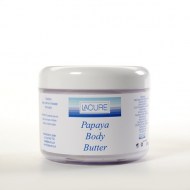 The History Of Aromatherapy. (Part 2) 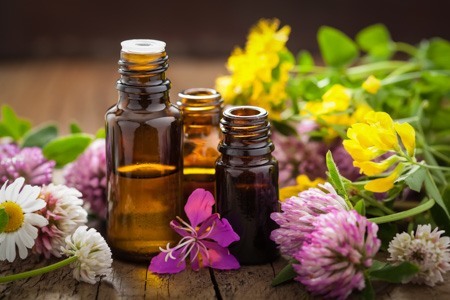 In Ancient times, the ethereal qualities of essential oils were widely used by priests and priestesses of virtually all religions.

As serious diseases were construed as being of supernatural origin, such as spells from enemies, visits from demons or the result of an action from an offended God, which may have included the removal of the soul of the afflicted. Magic and religion played a large part in healing, either by spells, potions, smoking, incantations or talismans and charms. Smoking became part of religious offerings of precious aromatic plants. Fragrant oils were used to attract spirits, gods and goddesses, to banish evil energies and to purify the temples.

Anointing was a practice widely used through Egypt, Mesopotamia, and Syria. Anointing with essential oils was believed to cast out evil spirits. Kings, parishioners and figures of deities were anointed. In Arab countries, bridegrooms were anointed with exotic oils, whilst the brides were massaged with aphrodisiac oils in preparation for marriage. Incense was used in spiritual practices to honour the gods and ask for blessings, and was also used for cleansing negative energies in ceremony, such as smudging. Many traditions added essential oils to the ritual bath water as the oils added a more sacred aspect to the ritual.

Avicenna or Ibn Sina (980-1037 AD), ‘Prince of Medicine’, was at the forefront of Arab medicine, which in its era was the most advanced in the western world. He was a Persian Muslim philosopher and physician. His most famous compilations being The Canon of Medicine (an encyclopaedia of Greek and Roman medical achievement), and The Book of Healing. An infant prodigy, he educated himself in various subjects. He became a physician (an alchemist) in chief at a hospital in Baghdad aged 21, and to many Caliphs. He spent periods in prison because of jealousy, but continued to study and write. His books were translated into Latin, making him an influential medical man in Europe for several centuries. He accurately described over 800 hundred plants and their uses, in addition to the specific instruction of massage. He has been credited with the discovery of a method to distil essential oils from flowers. His works encompassed manipulation for spinal problems and limbs, and the cleansing power of an all fruit diet.

This era roughly covers the period between the sixth century and the Renaissance in the fourteenth century. Terrible plagues swept much of the world during the sixth, seventh, thirteenth, fifteenth, and seventeenth centuries. People in certain occupations seemed to escape these plagues. Perfumers, and tanners, were such people, who used perfumes in one sense or another and were protected by constantly being exposed to plant oils with antimicrobial properties. People in certain geographical locations were also spared. Bucklersbury, England the centre of the European lavender trade, where virtually the entire town was spared from the plague, whilst residents of other towns close by died in droves.

During this time herbal medicine was combined with chants and spells to ward off the evil that went into the body of the patient. These herbalists were wise women. They brewed different herbs, and created different spells. This fame later became a curse as they were then branded as witches, being burned alive as punishment for their witchcraft. The Arabs, a trading culture during that era, began studying herbal medicines by translating different texts from other cultures, particularly the Greco-Roman culture, they gained access to different types of plants as they travelled around to trade. They went to China and India; a mix of several types of herbal medicine studies were translated to Arabic. Thousands of herbal plants were recorded. They scientifically tested the herbs. It was Arab botanists such as Al-Nabati, who tested materials, observed, discarded unverified reports, and used those that were supported by his test results. This was the beginning of the evolution of pharmacology.

During the 19th Century chemists identified various constituents of essential oils and categorised them as ‘geraniol’, ‘citronellol’ and so on which formed the basis of many modern drugs. At this time herbs were used more for culinary purposes than for medicine. Chemical cures were overtaking holistic healing. People have become more interested in chemistry, looking at the individual components rather than the whole plant. In William Whitla’s Materia Medica (1882), some essences such as chamomile, juniper, lavender, peppermint, lemon and rosemary were scientifically studied for their efficacy. The result was that some supported the healing properties of these herbs, some dismissed them, and mostly herbs were put on the kitchen shelf, in favour of chemical drugs, which were faster in action and were more focused on the ailment. Essential oils, as perfumes still maintained the mystic influence of the body, mind and emotions. Perfumery, became a highly prosperous commodity and business, particularly in the Montpellier, Narbonne and Grasse regions of France.

Through the 20th and now 21st centuries, the works of Gattefosse, Valnet, Maury, Tisserand and many others have revived the use of aromatic plants as an alternative and now complementary medicine. Since 2006 the profession has been regulated by the Aromatherapy Council, bringing it into the mainstream of the NHS. It is one of the most active forms of alternative medicine. Society has beleaguered people with some kind of stress-related disorder, aromatherapy encourages the healing process through relaxation, and hence the relief of stress. In hospitals, hospices and homes stress is a serious issue for the aged and physically or mentally challenged. Nurses are able to use aromatherapy to be closer to their patients, and doctors are able to refer patients with stress-related disorders, that aren't responding to conventional medicines. Studies have shown that essential oils have a positive effect on brainwaves and can also alter behaviour. Used professionally and safely, aromatherapy can be of great benefit as an addition to conventional medicine or used as an alternative.